It was Speakers Bank’s first conference to attend as a presenter in one of the parallel sessions of the Having Your Say Conference, held at Deakin University Waterfront Campus in Geelong, Victoria on the 10th of February 2016. Project Officer Mimi Laurilla, speakers Storm Robbins and Kathryn Beaton co-presented. Mimi discussed the work that Speakers Bank do including its achievements, its focus and what it sees as its contribution in the future. Kathryn’s presentation talked about how she, as a vision-impaired describes the things that she sees around her, and how she translates this into very interesting speaking presentations. Meanwhile, Storm’s story revolved around how Speakers Bank helped him to develop his public speaking skills and how doing a volunteer work helps him personally and professionally. Overall the presentations provided an overview or snapshot of different aspects of connecting, story telling through public speaking, which blended well with the theme of the conference. In the afternoon, despite a small hiccup, the group met a small group of young men and women and facilitate a session on story telling. It was a good time to get to know one another and to find out what makes them unique, as well as how they have coped with their daily struggles as persons with disability. All left the room invigorated and inspired. The other members of the Speakers Bank team that attended were Christine Williams, Peter Thomson, Make Lakatani, Loretta Martin, Riki Domagalski, Maddie Sieter, and Joan Cooney.

Overall attending the conference is a good start for the year, and Speakers Bank speakers are more motivated to continue reaching out and delivering their messages to the community.

Mimi Laurilla, Storm Robbins and Kathryn Beaton co-presented at the Having Your Say Conference. 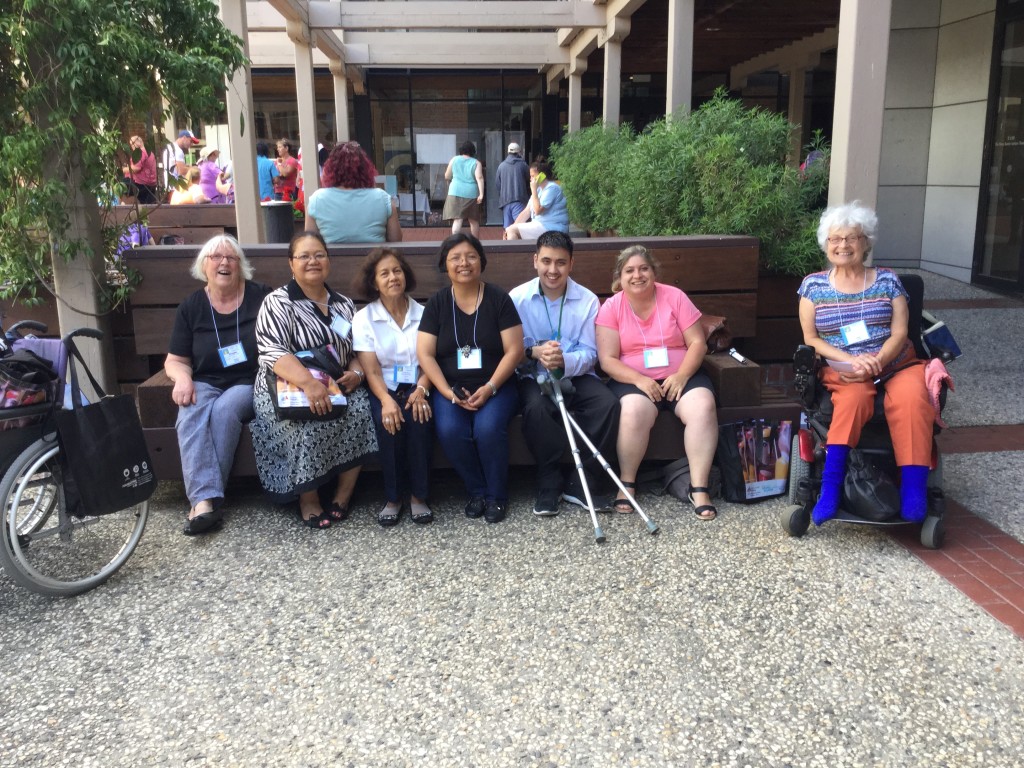 The group took an opportunity to have a photo at the end of the day’s conference (Kathryn and Peter not in photo).